Love and Monsters has a premise that’s easy to find in a young adult novel made exclusively for teenagers. Yet, I mean this as a high compliment when it could work, and it’s the kind of apocalyptic comedy that makes you feel brave inside.

What’s the Story: Seven years after the Monsterpocalypse, Joel Dawson (Dylan O’Brien), along with the rest of humanity, has been living underground ever since giant creatures took control of the land. After reconnecting over radio with his high school girlfriend Aimee (Jessica Henwick), who is now 80 miles away at a coastal colony, Joel begins to fall for her again. As Joel realizes that there’s nothing left for him underground, he decides against all logic to venture out to Aimee, despite all the dangerous monsters that stand in his way.

The trailer for Michael Matthews’ sophomore effort didn’t catch my attention since I thought it was going to be this lame monster movie that looked as it would not end up too memorable. This took almost ten years to get made when it was originally titled “Monster Problems,” and now it got its release date after getting it pushed forward instead of coming out in February. And to my shock, Love and Monsters is one of the biggest surprises of the year. Not great, but a lot better than I originally expected that works as both an adventure comedy and an unexpected coming-of-age tale.

You’d think that combinable sounds rather familiar, and it kind of does, which made this a creative cross between something like Zombieland, I Am Legend and Tremors. The opening gives the viewers an explanation of what the world turned into, humorously, with insects, amphibians, and reptiles turned into these enormous monsters taking over the world. Even its post-apocalyptic world-building wasn’t going for this dreary style, as Matthews and co-writer Brian Duffield approach it in a bit too serious manner, except the fact monsters will kill you.

Though without the help of Dylan O’Brien, it would’ve turned out to be a bad movie. But since we do l, his performance as Joel brings this charismatic charm is the good-hearted guy who’s also not the bravest soul to survive this world. This proved O’Brien can become a leading man outside the Maze Runner trilogy or American Assassin. He also works great with the dog, Boy, in many scenes together. The relationship between Joel and Boy was so comforting when there’s nothing like having a trusty canine on your travel. Two other standouts came from the always reliable Michael Rooker and Ariana Greenblatt, who show up as Clyde and Minnow to guide Joel in how to survive on his journey without getting killed. I wanted more of them later on, but the two of them were awesome.

The comedic timing throughout made it funny, especially from O’Brien, and I didn’t think I wasn’t going to laugh a lot. But the action whenever the monsters show up wasn’t too bad with its practical effects used. Speaking of them, the design of the monsters look so different from each other in how their traditional creatures but huge and mutated, a credit to the visual effects artists. They’re shown on a small scope that you wouldn’t see in anything like the MonsterVerse without them showing up every second.

At its core, what Love and Monsters does well is showing the growth of its main character. Joel’s determination to make sure the love of his life is safe shows risk when there’s a certain fact the odds of not surviving outside his colony are slim. If any of our crushes were in possible danger, putting our lives on the line would be honorable. It also brought on this idea of not giving up on hope in face of danger, knowing those you care for will be there with you. Let me tell if this came out in the 80s, there would be any trace of heart.

There aren’t surprises that didn’t get me when the third act wasn’t as strong as its first two, seeing how there aren’t many stakes found. I have a feeling this would’ve done well at the box office if it didn’t get the VOD treatment as it’ll bring in an audience to enjoy this mix of comedy, action, and unexpected romance all in one.

Final Thoughts: Personally, Love and Monsters took me by surprise. While it might sound dumb on paper, what we have here is a coming-of-age movie with monsters that shine through. It’s funny, Dylan O’Brien’s performance is his best, and the visual effects for the creatures themselves were cool. Grade: B

0 comments on “‘Love and Monsters’- Film Review: A Mixture of Genres Surprisingly Works” 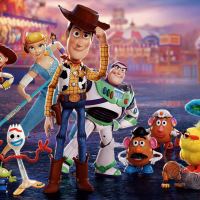 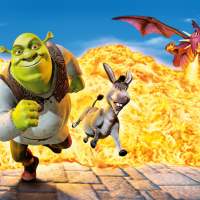 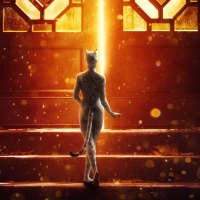